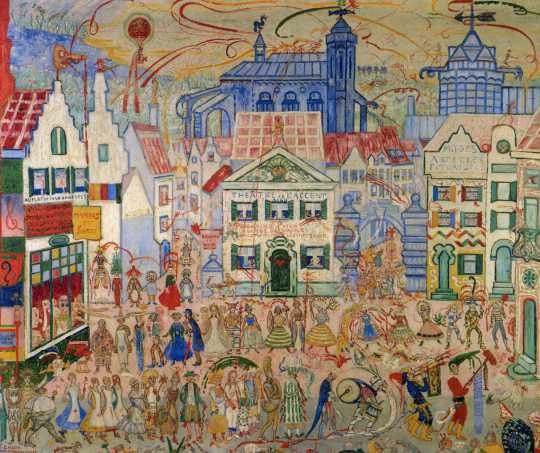 Mahler’s second symphony, an icon of the world’s artistic repertoire, is the starting and the finishing point of this unique event, organised by the Belgian National Orchestra and the Belgian Museum of Fine Arts (both located on the Mont des Arts) as part of the Picture Festival.

During ‘Mahler meets Ensor’, you will bathe in the spirit of fin-de-siècle Brussels, as seen by the great artists of their time, before hearing Gustav Mahler’s masterpiece of world heritage, a grandiose and immersive tour de force for which the Belgian National Orchestra welcomes the best international soloists.

“To live, I will die.” These are the words that end Gustav Mahler’s Symphony No.2. Man is by definition confronted with his own mortality. It is, therefore, natural for him to turn to spirituality; to question life and death… and the afterlife, if it exists.

For Mahler, everything starts from the Totenfeier, the Feast of the Dead. What was meant to be a simple musical poem became the first movement of his famous Symphony. Mahler did not want to embrace death by casting it under a poetic, even melancholy light. On the contrary, his aim was to emphasise life and death in all their splendour, however terrible they may be. And his work is all the more astounding.... the Symphony, and especially the choirs of the last movement, leaves no listener indifferent.