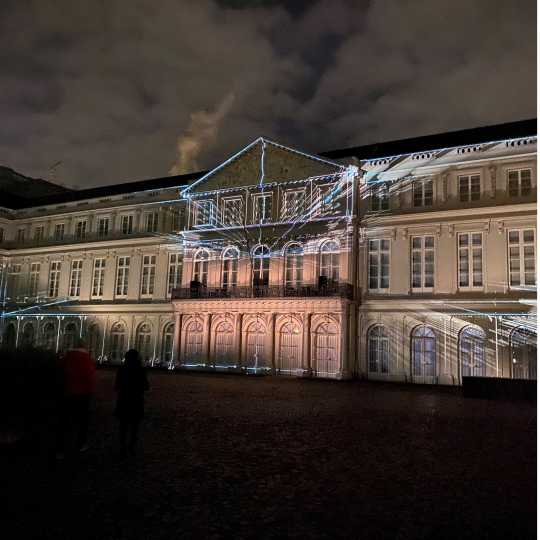 Since 15 October, Tracks to Modernity has brightened the rooms of the Royal Museums of Fine Arts of Belgium. This artistic and historical journey around trains shows the trajectory of major artists through modernity in the 19th century and the beginning of the 20th century.

To close the European Year of Rail, travel is also being honored during the twentieth edition of Winter Wonders.

It is therefore the perfect opportunity for a new collaboration between the Museums and the City of Brussels who join forces during the major event of the end of the year by offering an immersive 270 ° mapping during the event.

With "Behind the Walls", the Place du Musée becomes an extension of the exhibition, breaking down the museum’s walls to become accessible to all, free of charge!

The concept has been orchestrated by Michel Draguet, general director of the Royal Museums, and Dirty Monitor, the renowned Belgian collective that brought video mapping to worldwide attention. Divided into four chapters, the creation addresses both the appearance of the train through various artistic currents and Freudian psychoanalysis as seen by the traveler. This means of transport becomes the common thread that connects the various key periods of modernity.

Performance: everyday, 5 to 10PM, every 30 minutes