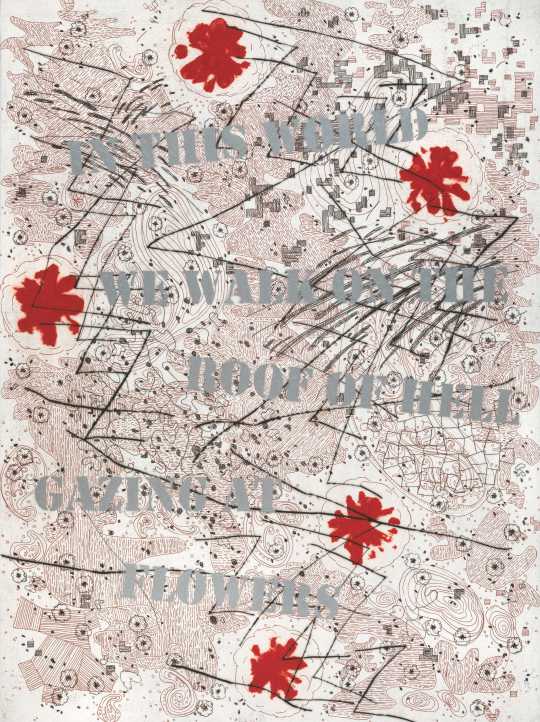 The centenary of the First World War is a momentous international cultural, historical, and commemorative event. It resonates powerfully in Australia and New Zealand, where the war and the coming together of the Australian and New Zealand Army Corps (ANZAC) on Gallipoli, Turkey in 1915 remain closely linked to contemporary national identity and the enduring bond between both countries. To mark the centenary the Australian War Memorial has commissioned the Anzac Centenary Print Portfolio, comprised of contemporary artistic responses to the First World War by five Australian and five New Zealand artists.

The Australian and New Zealand experience of the First World War can never be fully comprehended by those who did not participate, so the aim of the Portfolio is to creatively explore the legacy of the war and the Centenary itself as a way of linking our past with our present and future.

The ten artists chosen to participate were: Daniel Boyd, Megan Cope, Helen Johnson, Mike Parr, and Sangeeta Sandrasegar from Australia; and Shane Cotton, Brett Graham, Fiona Jack, John Reynolds, and Sriwhana Spong from New Zealand. Each artist came to Canberra for an individual two-week residency between May 2014 and July 2015, working with master printmaker John Loane and the specialist staff at Megalo Print Studio and Gallery to produce their print. The artists worked in isolation from each other; the aim was never to produce a consistent or even cohesive account of this history, but to reflect a diversity of artistic perspectives and constitute a broad-ranging survey of creative responses.

These 10 engravings were presented to the Royal Museums of Fine Arts of Belgium by the Australian War Memorial and are exhibited as part of the commemoration of the centenary of the Battle of Passchendaele.

Free admission with a ticket for the permanent collection