The Old Masters Museum and the Magritte Museum are open! Find all prevention measures and practical information here. The other collections of the RMFAB, the library and the archives will reopen at a later stage. In the meantime, keep following us @FineArtsBelgium #FineArtsAtHome and discover our latest videos, creative workshops, virtual exhibitions and other exclusive contents here! 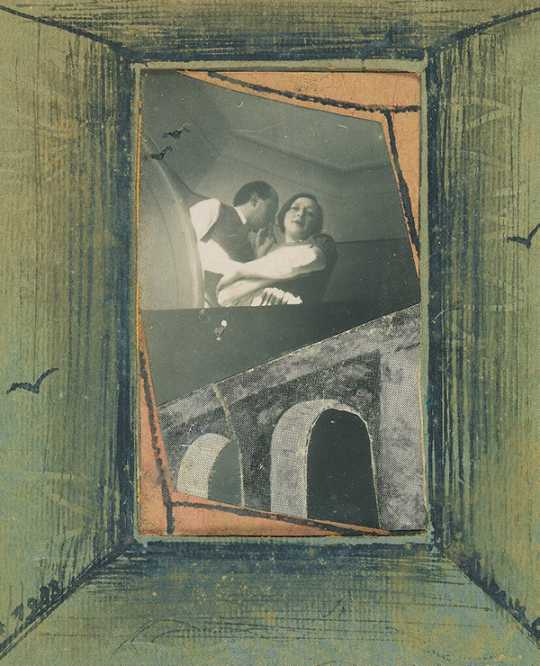 From 1960 to 1966, Lecomte’s contribution in the Royal Museums of Fine Arts was much appreciated.  Shortly after his death, his personal archives and library were handed to the Archives of Contemporary Art. The exhibition uncovers several of these documents, as well as works by artists and writers that were dear to him, photographs, items of his correspondence, some outstanding publications of the surrealist movement, film clips and radio recordings.

Son of the painter Émile Lecomte, Marcel Lecomte (1900-1966) entered into artistic life in 1918 under the influence of Clément Pansaers, the most eminent Belgian "Dada".  He then joined the modernists of the 7 Arts magazine before rallying to the Correspondance group under the leadership of Paul Nougé, and thus Surrealism. In 1923, he revealed the work of Giorgio de Chirico to René Magritte. His poetic work is characterized by a careful attention to surprises and coincidences, with an acute sense of the moment.He saw in the work of art the magic mirror of the artist. At the end of the war, Pierre Alechinsky produced two illustrations for his book Le Sens des Tarots. He would also be the central figure of Salon Noir, the first significant ‘installation’ created by Broodthaers, in 1966.

Far from advocating a revolution, Lecomte was receptive to contemporary creation provided it was nourished by a certain past, in search of lost secrets, a back story. He wrote as a poet, just as Magritte accomplished a poetic act through his paintings. Hélène Prigogine saw in Lecomte ‘our last aesthete’ and Jean Paulhan, the 'grey eminence' of modern French literature, considered him ‘a true and great writer’. Paul Colinet represented him leaning towards a friend, in a room with infinite contours. Discreet but constant, his presence accompanied the whole history of Surrealism.

The ticket offices close half an hour before closing time.
Persons who are entitled to a free ticket (e.g. ICOM/journalist), is to turn to out ticketing service.

Free admission with a ticket for the permanent collection or the exhibition Magritte, Broodthaers & Contemporary Art.