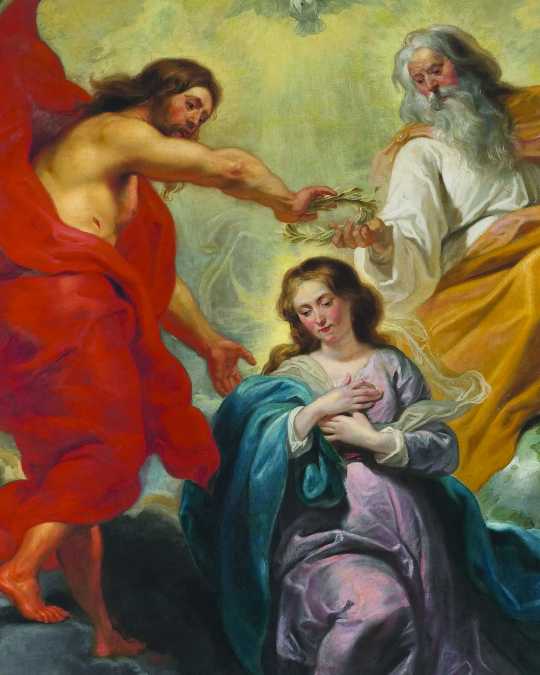 The remarkable collection of Old Masters, witnessing to a rich and creative past, covers a period running from the 15th to the 18th centuries.

The bulk of this collection consists of the painting of the former Southern Netherlands, with masterpieces by Rogier van der Weyden, Petrus Christus, Dirk Bouts, Hans Memling, Hieronymus Bosch, Lucas Cranach and Gerard David. For the sixteenth century, Pieter Bruegel the Elder is magnificently represented with major works like The Fall of the Rebel Angels or The Census at Bethlehem. Finally, for the 17th and 18th centuries the Flemish School is represented by Peter Paul Rubens, Anthony van Dyck and Jacques Jordaens, the French and Italian schools by Simon Vouet, Philippe de Champaigne, Le Lorrain, Jusepe de Ribera, Giovani BattistaTiepolo and others ...

New: Take a virtual walk through the museum's Bruegel collection! Thanks to the 3D digitisation of the exhibition room, you can navigate at 360° with or without a virtual reality headset. Get up close to the works, access the gigapixel images or watch videos in which experts share their knowledge of Bruegel The Elder and his work.
> Start the 3D-tour

History of the collection

The collection originated during the French Revolution, when many works of art were seized by the occupant, especially from religious institutions.

The Museum was founded in 1801 by Napoleon Bonaparte, but it was in 1830, with Belgian independence, that it really became a major institution. In 1913, de Grez donation enriched the collection with more than 4,000 works on paper dating from the 16th to the 19th centuries (Hendrick Goltzius, Jacques de Gheyn the Younger, Rembrandt ...).

A proof of eligibility is required for all reduced fees