31 May: strikes in schools and railway networks

The Meunier Museum and Wiertz Museum will be closed on 31 May. 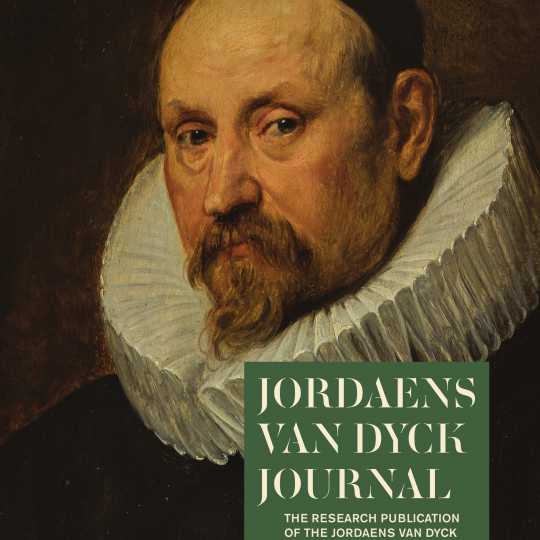 The Jordaens Van Dyck Panel Paintings Project proudly announces the publication of the second issue of the multidisciplinary open-access Jordaens Van Dyck Journal. The December issue is now available online and to print on demand.

December issue
In this issue Joost Vander Auwera investigates a famous historic court case in which Van Dyck’s contemporaries gave evidence in a dispute about the authorship of an Apostles series attributed to Van Dyck. The article is accompanied by a full publication, transcript and translation of the court case on the project's website for the first time. It provides a unique insight into seventeenth-century connoisseurship and the degrees to which an artist may or may not have painted pictures which were sold under his name.

Ingrid Moortgat explores traces of the Gabron family of Antwerp panel makers preserved in the Guild and City records, while Justin Davies establishes Van Dyck’s use of their panels, also those of other panel makers, some identified for the first time, through an examination of the maker’s marks found on the back of Van Dyck’s paintings.

Raffaella Besta and Alexis Merle du Bourg go on to resolve the debate around the composition and ownership of Van Dyck's best known paintings of the Twelve Apostles, the “Böhler series” by studying eighteenth-century Genoese and Neopolitan guidebooks.

In another essay, Joost Vander Auwera explains the construction and extension of the largest Jordaens panel in the United Kingdom, the Adoration of the Shepherds, while Justin Davies reveals that the provenance of the painting, once owned by a Bristol iron magnate, can now be traced back to the painter’s own collection in Antwerp in the seventeenth century.


Reattributions
Disputed and changing attribution is a thematic thread which runs through this issue. Andrea Seim publishes important dendrochronological dating for a set of small panel paintings after Van Dyck and other artists which are in the Royal Collection. The significant wider implications of Seim’s study are explored by Justin Davies who reveals new dates for seven examples of small portrait sketches on oak panels which were traditionally attributed to Van Dyck but cannot be by him because the oak tree was still growing when the artist died in 1641. Finally, Joost Vander Auwera convincingly reattributes a portrait of a widow in the Fitzwilliam Museum, Cambridge, from Van Dyck to Jordaens.

The Jordaens Van Dyck Journal is made possible by the Fonds Baillet Latour with the support of the Royal Museums of Fine Arts of Belgium and the University of Amsterdam.