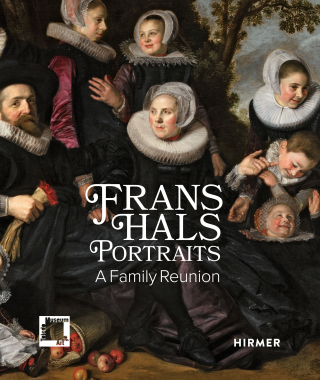 Frans Hals (1582/83 - 1666) is one of the foremost portrait painters of the Dutch Golden Age. The exhibition Frans Hals Portraits: A Family Reunion is the first devoted to his family group portraiture. The show and the catalogue will unite all of his four family portraits along with related works by the artist and will examine the topic of Hals's family portraiture as a whole, placing it in the context of his complete oeuvre.

The exhibition was prompted by the Toledo Museum of Art's acquisition in 2011 of Frans Hals's Van Campen Family Portrait in a Landscape, as well as the recent conservation of Three Children of the Van Campen Family from the collection of the Royal Museums of Fine Arts of Belgium. These two works originally formed one composition, separated for unknown reasons likely in the late 18th century or early 19th century. The catalogue reunites the surviving sections of the Toledo/Brussels painting and proposes a reconstruction. It will discuss how the four compositions are constructed, what symbolic elements are included, and what we know about the sitters. It also presents new discoveries about the Van Campen family, placing them in Haarlem society of the early 1600s.