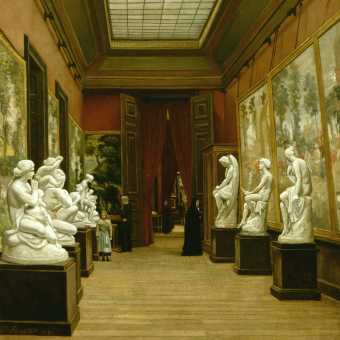 The history of the Museums begins more than two centuries ago. Over the years, the growth of the collections and changing trends in museology have brought about radical changes in the shape and appearance of the buildings.

King Willem I extends the collections with various donations and expands the building of the Old Court, where the Museum is located.